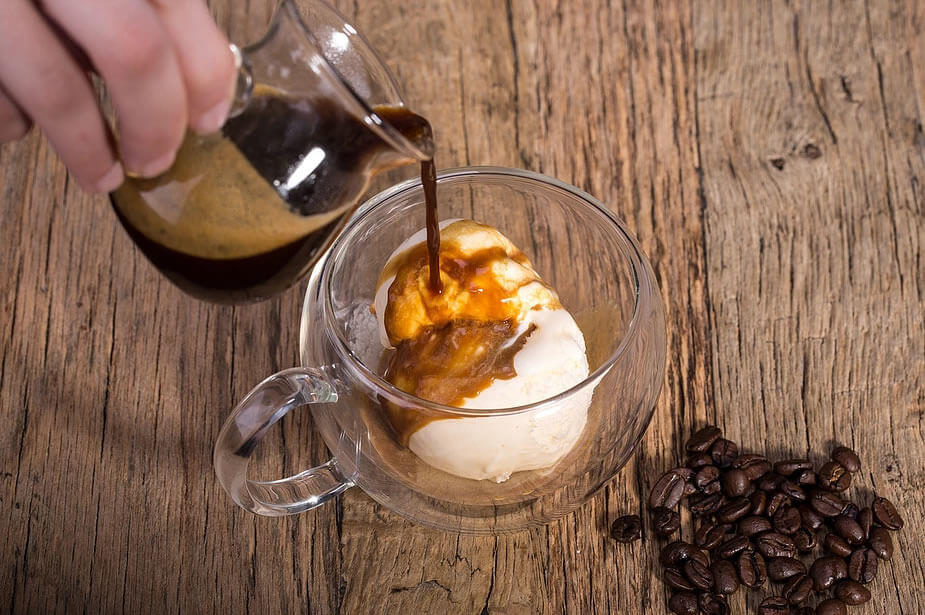 In different cultures, with time there have been several variations in coffee drinks. Each individual likes having their coffee in their own unique way which has left us with a huge list of different coffees each with their own distinct flavors and features. There are about 64 drinks offered in coffee houses and each coffee house has agreed to have the same basic recipe. A good barista is one who can make all of them.

Affogato is one of these variations which means drowned in Italian. It can be served as dessert or dessert with espresso. Sometimes this may also be served with caramel sauce or chocolate sauce. Another coffee is the Baltimore which is an equal blend of decaffeinated and caffeinated brewed coffee in equal ratios while on the other hand the Black Eye is basically dripped coffee with double shot espresso added giving a strong taste.

The Black Tie is another variation and is a traditional Thai iced tea which has a unique spicy and sweet taste to it. It includes chilled black tea, orange blossom water, star anise crushed tamarind, sugar and condensed milk or cream, with a double shot of espresso added to it.

Then comes the Breven which is made with steamed half and half cream whereas Caffe Americano or also simply called Americano is made by adding hot water to espresso giving it similar strength and density as regular drip coffee but has a different flavor than it. The strength of an Americano can be varied according to the shots of espresso added to make it according to your taste. The variations include Lungo, Long Black and Red Eye.

The European Café Au Lait is more of a continental traditional drink and is known by multiple names. It is also the most popular drink in European coffee houses. It is a rather strong coffee and is made with strong or bold coffee as well as the addition of espresso mixed with scalded milk with a 1 to 1 ratio.

Then comes Café Bombon which gained its popularity in Valencia, Spain and was further modified to fit the taste of individuals a Europe and also in many parts of Asia such as Malaysia, Thailand, and Singapore. The basic recipe which is the European recipe uses sweetened condensed milk at the same ratio. To give it a nice visual effect, two glasses are used to give it nice contrasting colors.

In America, the Café Latte is basically a portion of espresso and steamed milk generally made in a 2 to 1 ratio of milk to espresso and also has a little foam on top. This beverage was further popularised by many large chains.

Looking at all these variations, we can see that there can be a lot done with coffee. It is something which can truly fit everyone’s tastes just with a few changes. People from all over the world can enjoy it and coffee has the ability to be modified according to everyones tastes.